Microsoft Australia held it’s press events this morning in a rather obscure venue to officially launch Windows Phone 7 into the Australian market with devices to be available on the 21st of October. Whilst there were the usual presentations from Microsoft and the launch carrier Telstra, it was the feature demos that really took the show. Having worked with the platform for over 6 months now there wasn’t much new material but it was great to see the range of slick looking devices being rolled out later in the month.

What frustrates me is how useless the Australian telcos are. All three of the majors, Optus, Vodafone and Telstra are carrying Windows Phone 7 devices but not one of them has bothered to update their consumer website with information about the phones. To make matters worse, the main page of all three sites are still going on about the fact iphone 4 “changes everthing again” (no it doesn’t, Apple haven’t innovated in 4 generations of the phone….) 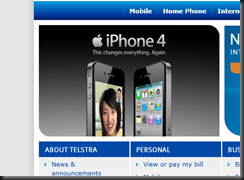 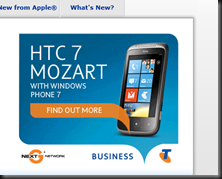