In my earlier post Getting Started: Xamarin Forms with .NET Standard I covered how to create a new Xamarin Forms project which uses a .NET Standard 1.4 library to share the views between iOS, Android and UWP. At the time, whilst iOS and Android supported .NET Standard 2.0, support still wasn’t available for UWP. Almost immediately after publishing the blog post, Microsoft announced that Visual Studio 2017 preview 15.4 would allow UWP applications to reference .NET Standard 2.0 libraries. Unfortunately this didn’t work in the first drop, 15.4.0 Preview. This was just updated to 15.4.0 Preview 2 (Release Notes: https://www.visualstudio.com/en-us/news/releasenotes/vs2017-preview-relnotes), which brings with it the support we’ve been after. In this post, I’m going to repeat the previous post on getting started with .NET Standard, this time using .NET Standard 2.0 for the UI project. 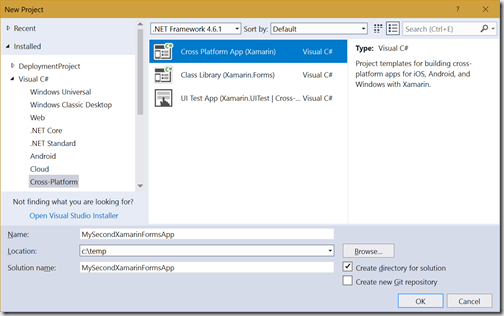 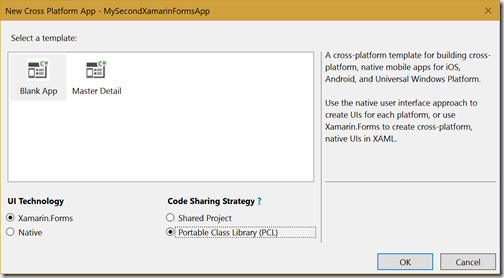 Select the Insider Preview version of UWP for both Minimum and Target version – this is required for .NET Standard 2.0 support. If you want to target earlier versions of Windows 10, you’ll have to stick with .NET Standard 1.4.

Next, we’re going to replace the PCL with a new .NET Standard library 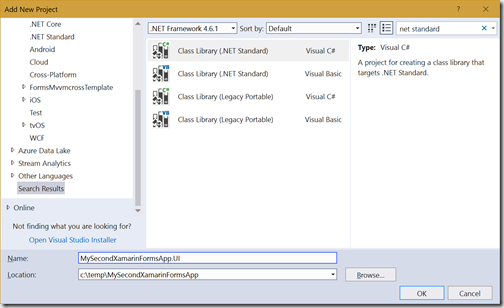 I’ll copy the App.xaml, App.xaml.cs, MainPage.xaml and MainPage.xaml.cs from the PCL into the .NET Standard library, before deleting the PCL from the project (see https://nicksnettravels.builttoroam.com/post/2017/08/26/Getting-Started-Xamarin-Forms-with-NET-Standard.aspx for more detailed instructions).

The big difference is that I’m not going to change the default Target Framework, leaving it as .NET Standard 2.0.

Next I need to make sure I add and upgrade references to Xamarin.Forms to each of the projects – this isn’t actually required, since the stable release of Xamarin Forms will actually work with .NET Standard but I’ve been working with the pre-release version quite a bit lately, so I’ll go with that for this example.

I also need to remember to add a reference to the .NET Standard project to each of the head projects for iOS, Android and UWP.

If you attempt to build and run at this point iOS and Android should work without issue. UWP will most likely compile but will raise an exception “Could not load file or assembly ‘netstandard, Version=2.0.0.0….” at runtime.

Essentially the UWP project structure has evolved a little, so you need to upgrade it. Now I think that you may be able to do this via package manager but I’ve never got it to work for UWP projects, so I will make the changes manually to the csproj file. Start by deleting the project.json file from the UWP project.

Add a new PropertyGroup – this changes the way packages are referenced, eliminating the need for the project.json file, replacing it with references within the csproj file.

Next we need to add back the package references that were in the project.json – if you’re doing this on an existing project, you may want to keep the project.json file handy so you know which packages to add. In this case there are just two projects: 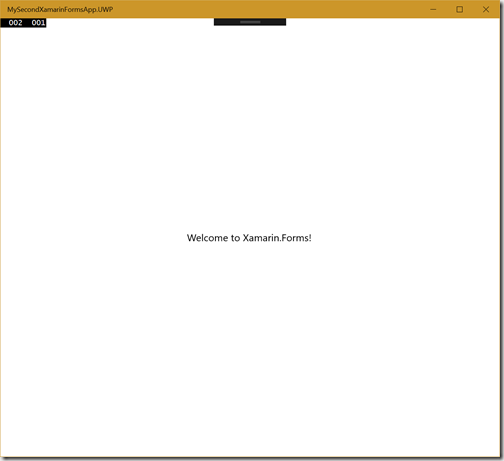