In my previous post, TTF Font with Windows Phone 8, I thought I’d solved the issue with a TTF font not appearing in Windows Phone 8. Having never really worked with the inner workings of a font I wasn’t completely aware of the complexities, or the granularity of control, font designers have to deal with. As such, my simple trick of opening and exporting my font actually introduced some issues to do with kerning. ummm, what is kerning you might ask (well at least I did anyhow)? To put it simply kerning is used to define the separation between individual letters of a font.

To sort out my kerning issue I again went trawling for font editor that would allow me to pull my font apart. Unfortunately what I found was somewhat scary. FontForge has to be one of the worst designed applications I’ve ever had the misfortune of opening. However, in their favour, it delivers what seems unprecedented  level of control for a free application. Here’s a brief walk through:

Download and Run, then select your font (wait, the UI get’s better) 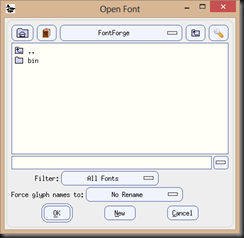 Then, you get to see the full character map

Want to edit a character? Sure, just double click and you get the editor 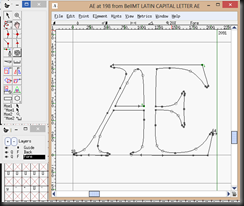 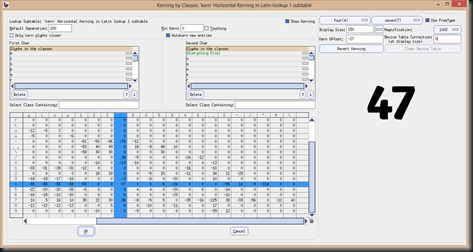 To be honest, the level of control is awesome in FontForge. I just wish it didn’t offend my minimal design principles.